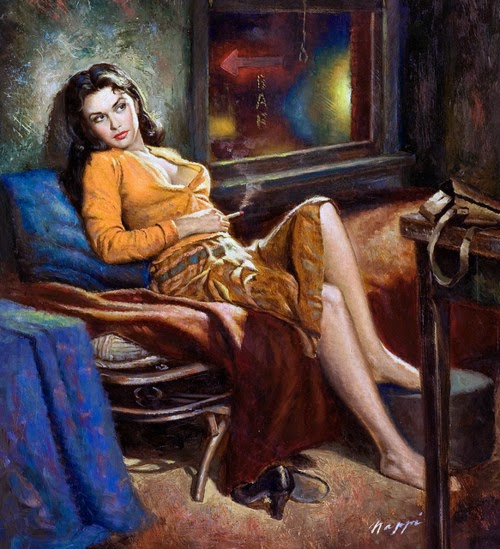 A Black Wolf teaser
Here is a first draft for an upcoming Black Wolf story. Actually, I may turn this one into a novella. It is still a little rough, but let me know what you think.
The frustrations of a nightmarish day diminished with each heavy breath I took. I needed this distraction from the insanity of the world or at least, the insanity of the streets of Port Victoria. Roxie’s method of stress relief, as she called it, left me weak but satisfied. Opening my eyes, I looked down at her flawless round face and fell in love again with her. Her golden hair fell over the sides of the pillow and caught the last rays of the sun which poured through the bedroom window. Milky white skin, unblemished or tanned by the winter sun, glowed with an orange tint. In a surreal way, my girl looked as if she were on fire.
I rolled and laid back down beside her, sinking into the plush mattress. I wanted to push the last memories of the day out of my head but the vast assortment of images and emotions held fast. I’d been through too much for one day. Roxie rolled onto her side, draped one arm over my chest, and pulled herself up against me, latching on as tight as a starving deer tick. Her head rested on my shoulder and we lay still until our mutual breathing slowed to its usual pace. Slowly, Roxie’s hand caressed my chest and a content sigh escaped her lips. She ignored the deep black scars that criss-crossed my chest.
The cuts had healed, but constantly reminded her of the dangers of my job. My unnatural strength and dexterity were far better than the normal man, but one lucky thug with a knife had made hurting me his mission in life. That’d been six weeks ago. She found me in the alley, out back, bleeding and gasping through my shredded right lung. The thug lay nearby too. Before going down, I saw to it that he wouldn’t bleed or breathe again. The knife he’d used to cut me up was shoved so far inside his chest that the folks at the morgue just left it there.
“So…” she whispered and then cleared her throat to continue a little louder. “You didn’t answer my question.”
“I… what was the question?” I asked, not remembering anything from the point I’d entered the door to our apartment and saw her there, beside the stove in her favorite yellow dress. The sun coming through the window silhouetted her petite form, making the dress almost invisible.
“I asked how your day went. You left out on that case this morning and I didn’t hear a word all day.” She said as her fingers moved across my skin, raising goose pimples.
The case. I didn’t want to think about it. It should have been a stupidly simple job. I would follow a suspected adulterous husband around for a wealthy socialite wife. The wife suspected that the old man was banging some young tart behind his wife’s back. Some men are just too stupid to live. He’d married her after losing his fortune when the stock market crashed a few years back. Her family’s wealth had been well protected. She was his cash cow. Why would he risk a divorce by chasing skirts?
“Babe, I don’t wanna talk about it. Just a long… frustrating day.”
“Dex, you charged through the door, ripped my dress to shreds and all but raped me,” she said. When I looked confused, she added, “You only do that if you’re overly stressed about a case or you’ve been hanging around a smokin’ hot dame that has spent a few hours teasing you.”
Women, I’d explained to Roxie when we first got together, are God’s only true works of art and as such, they should be appreciated, appreciated with eyes only, of course. Roxie didn’t let my wandering eyes bother her. Given her past, she knew I might look but she’d be the only one I’d ever touch again.
She playfully giggled as her hand moved down across my stomach. Her fingers found me and lightly wrapped themselves around me. With slow manipulations, I started coming back to life.
“I know how to get you to talk,” she said and let out one of those seductive chuckles that I’ve never been able to resist. “Tell me about your day and I’ll make it worth your while.”
He exhaled in defeat. “Okay, it started with Jones.”
“The cheating husband?”
“Allegedly cheating husband.” I replied.
“Did you catch him cheating?”
“Yes, but that was only after…”
“Then why not just say, cheating husband?”
“Woman, would you let me tell the story.” I said. When she glanced up at me with those playful, sparkling green eyes, I couldn’t help but smile. “All right, so it started off with me following him around town. He stopped at a couple of strip clubs over in West Vic.” I paused and exhaled in weary frustration. “And then the chicken entered the scene.”

Her fingers stopped and she slowly asked, “Chicken?”