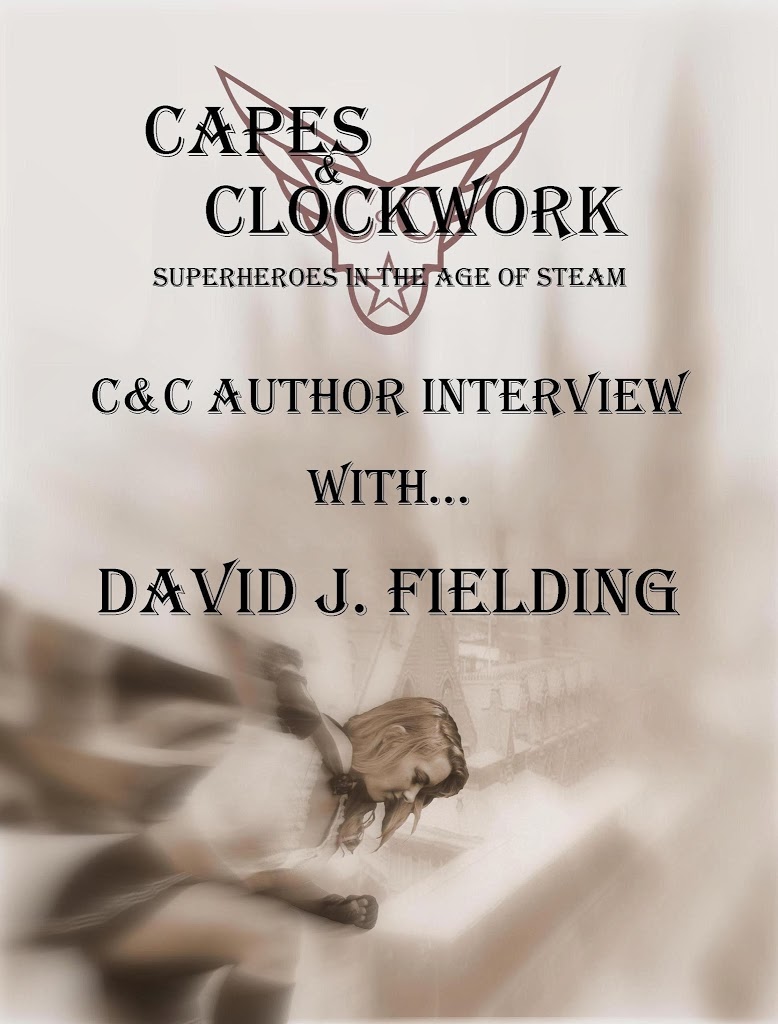 And now on the stage, right here for your reading pleasure is…. David J. Fielding
David J. Fielding has worn many hats during his time on this spinning globe. He is the actor who played Zordon on the original Mighty Morphin’ Power Rangerstelevision series. Mr. Fielding is also a talented voice actor who has created characters for many video games including Empire Earth, Dungeon Siege: Legends of Aranna, Zeus, Poseidon, and Anvil of Dawn.
An accomplished actor and comedian, David currently performs regularly with Player One, an improvisational comedy troupe at the Arcade Comedy Theater located in downtown Pittsburgh, Pennsylvania.
He is a rotating actor for Mysteries Most Wanted, a popular murder mystery dinner theater troupe and also authors many of their most popular mystery comedy musical plays.
David J. Fielding has three decades of stage and film experience. He has held many leading roles including Salieri in Amadeus and Quentin in After the Fall.
He holds 2 degrees in acting:
~Bachelors of Acting from Texas State University
~Masters in Fine Art from the University of Pittsburgh, Pennsylvania.
Currently, David is busy polishing several projects including an epic super hero novel, several short stories, and a number of fresh musical murder mystery plays. Do you plot out your stories or just make it up as you go?
I guess there is the “sculptor” aspect to how I approach my writing – that is, the story I think is there, complete in my head, and it’s my job as an artist to chip away the bits that are obscuring the finished work. I believe that the story – from initial idea to finish – is a process of revealing, and so I trust that my brain and creativity is leading me to uncover it… so, very little plotting out goes on for me – I have tried that technique, but I’ve found that if I put it all down in notes or on post-its I get bored with it, and those stories falter and many go unfinished. I like the discovery of writing a story, and like the reader I am drawn into the story during the process of writing it.
Do you listen to music while you write and if so, what do you listen too?
Music is such a big part of my writing process – in fact a lot of ideas I get come from snippets or passages of music. I listen to a lot of cinematic soundtracks – the music of John Williams, James Newton Howard, James Horner, Hans Zimmer, Jerry Goldsmith and many others – they lift my mind into a place of epic storytelling, one that is filled with grand images and the type of story I am drawn to, ones with epic or mythic themes.
Is there a book or book series that you recommend to people?
I like epic stories. When I was going to grade school in Colorado Springs, I was introduced to the Greek myths and heroes such as Jason, Perseus, Odysseus – and the larger than life adventures they had. That is the kind of story I am drawn to, those that have a mythic quality. I feel this type of story impacts us on two levels (if not more) one being the simple straightforward adventure, the second being the subconscious life-lesson we can all benefit from. For me, Stephen King’s Dark Tower series has that kind of quality. It works on the surface and underneath and by the end of it, you feel you have journeyed far.
At what age did you start writing?
When I was growing up I had a fascination with drawing and comic books. I would spend hours recreating images from Marvel and DC and adding my own descriptive text or dialogue – granted a lot of it was very simple J
From there I graduated to actual story-length illustrations and booklets, mostly drawn to amuse my brother and sister, and then later still when playing rpg’s with friends I started writing intros and prose to describe events and some of the more dramatic happenings that we player’s experienced in the games. I also started writing short stories about this time, trying to emulate some of my favorite authors including Stephen King, Stephen R. Donaldson and some of the pulp/serial authors such as Lester Dent and Mack Bolan.
So long story short, I’ve been writing since about the age of 14 or so.
How much of you is in your characters?
I think there is a bit of me in each of my characters, at least the protagonists. I read a lot of my writing out loud and tend to write dialogue as I hear it coming out of my mouth. So to that extant I would say there is a bit of me in each of my characters.
If you could live the life of one of your characters, who would it be?
I think I would like to meet or talk with Jack Miller. He is the main character in my superhero novel, Vigilance. Vigilance tells the story of a Hero War, where superheroes became viewed as a threat and were fought and eliminated by governments and the military. Jack is a superhero whose ability is not to be seen – and so he escapes capture or death during the war and survives a number of years until he can confront those who set the war in motion.
I think I’d like to bring Jack to life, simply because I put him through so much emotional turmoil and pain. The guy deserves a break J
What genre do you prefer to write?  To read?
Again, I prefer grand storytelling, big ideas and big adventure. Martin’s Game of Thrones series or Donaldson’s Thomas Covenant series, Riordan’s Percy Jackson books, Sanderson’s The Way of Kings. I like to tell stories that lead people on adventures, to take them out of the troubles of their lives, if even for just a few hours.
Do you prefer writing short stories or novels?  And why?
A few years ago I would have said novels – because I had grand ideas about being a published ‘novelist’. I guess the title of novelist carries a certain weight, a higher status if you will. But I’ve found the process of writing short stories more rewarding and more successful. I have had a number of my stories published while my novel sits waiting a further revision. I still like the idea of a novel length story and will continue to write with that goal, but for now… short stories are much more at the forefront of my creative writing.
What are you working on now?
I am currently writing a series of stories dealing with the paranormal, and my lead character is a reluctant ghost-hunter type character. He has the gift, or curse, of being able to hear the dead… and he relates these experiences to a friend in a sort of diary type fashion. Each of the stories so far deals with the mystery of who the deceased came to be and the messages they reveal and how these encounters weigh heavy on the protagonist.
What 3 things do you feel every aspiring writer should know? 1.      That they are doing the best they can at the present time, and if they work at it, they will improve.
2.      That not everything they write will be good, not everything they write will be bad, but each blurb or story or chapter is necessary for them to set down, to hone their skill and to also re-visit to learn from mistakes or re-work that same idea at a later date.
3.      That they should not keep things hidden “until they are done”. Get it out there, let friends and family read it. Listen to feedback and learn to take what is good from it and the bad too… to go back and see if the changes that are suggested are needed, and if they are, then make the changes. The stories you write are for the reader, after all, not just yourself. You are a good audience, but your readers are better.
Thanks so much for yout time, David.
Look for David J. Fielding’s story,
At the Quiet Limit of the World
in the upcoming
Capes & Clockwork.
﻿