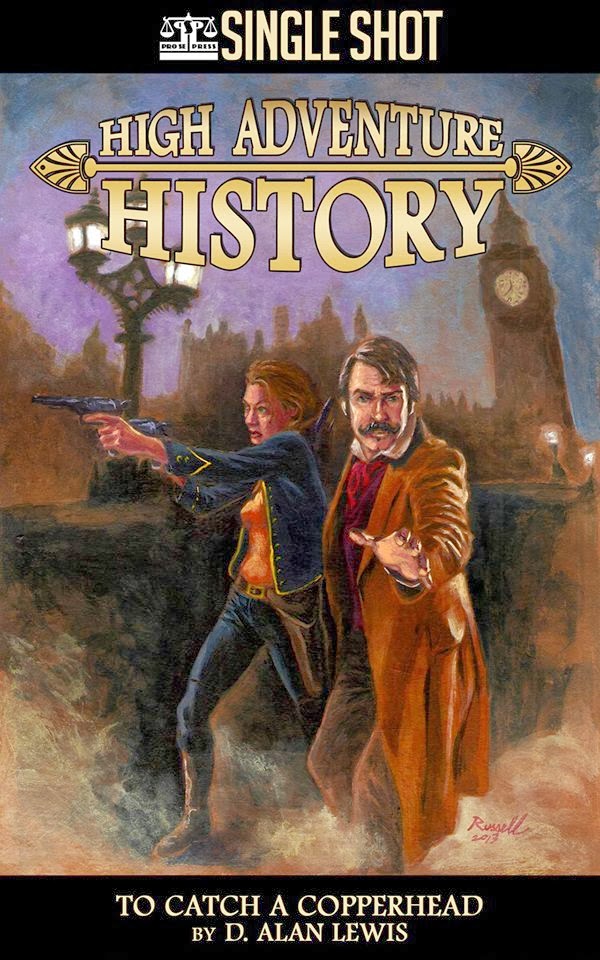 High Adventure History’s OneShot version of To Catch a Copperhead. Last year, Tommy Hancock With Pro Se Press asked me about submitting a few stories for his upcoming anthologies. One of the books, High Adventure History grabbed my attention. I liked the concept behind it, Pulp stories with a historical slant.
As a history buff, I jumped on this one along with another historical themed anthology, Tall Pulp. At the time, I was editing my steampunk novel which has alternate elements of the Civil War era. So, I decided to focus on the era. Although To Catch a Copperhead isn’t true steampunk, there are some elements.
At the same time, I was weeding through stories for an anthology I was editing for Dark Oak, Capes & Clockwork. Those stories are all about steampunked superheroes. I’d already written a story but had another one in mind. As it ended up, that ‘other’ story evolved into To Catch a Copperhead.
In recent weeks, Pro Se Press has begun pulling a story from their antholgies and putting them online as a ‘single shot’ download. I’m honored that this story was deemed good enough to be a stand-alone product.
Read it and enjoy… and please let me know what you think.
Oh, and one more thing… Assassin Anne maybe back, but in a place you may not predict. As I was writing about her, I kept thinking of ways to have her meetup some other characters in my worlds. So… be on the look out for more of Assassin Anne.
‘To Catch a Copperhead’ is now available on Amazon.

To Catch a Copperhead at Amazon.com