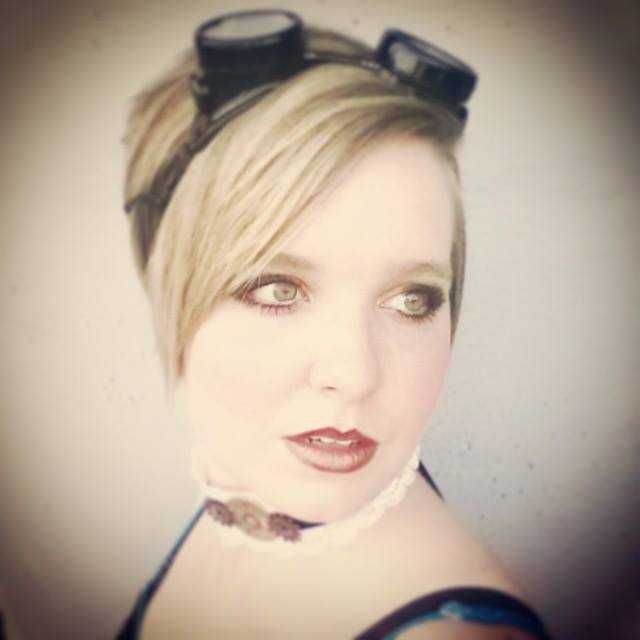 This holiday season, I’ve decided to promote some of my writer friends and ask some of the questions that folks always ask me. Today’s guest/victim is: First, a little about M.N. Henschen.

She was born in the shadow of the Smoky Mountains in the bustling town of Sevierville, Tennessee. Her love of books began as an infant when her parents read stories of all kinds to her. This love and an expansive imagination were given more fuel in the classroom of Dr. Vada Bogart at the age of nine. It was then that M.N. Henschen began reading works like Lois Lowery’s The Giver and Wilson Rawl’s Where the Red Fern Grows. Her Favorite series of books, however, was also the story that sparked her interest in the world of fantasy: J.R.R. Tolkien’s The Lord of the Rings.
During her college years, M.N. Henschen studied language arts while pursuing her career in the medical field. It was there in 2008 that she began her first published work, The Line of Kavanagh. Thanks to the encouragement of her family and friends, what started out as a distant childhood dream became a reality, and her career as an author began.
Now a wife and mother of two, M.N. Henschen still lives in the beauty of East Tennessee, but she enjoys traveling the world with her family whenever possible. Working at the local hospital, she uses her storytelling abilities to brighten the days of those around her. She is thrilled now to be able to share her stories with the world.
At what age did you start writing or know that you wanted to write?
I was very young when I first started writing. I believe I was eight or nine when I wrote my first poem. It was always that “rockstar” dream. Some kids want to be actors and astronauts, but I wanted to publish a book.
Where do your ideas come from?
The idea for my first book came when I was thinking about my friends. I had so many great characters living daily life with me, and I wanted to write a story about them. It all just came together from there. My last two novels that are still in the works stemmed from dreams. I have really vivid dreams sometimes, and sometimes they have great stories in them.
Do you plot out your stories or just make it up as you go?
I always have the entire story worked out from start to finish before I begin writing–usually in great detail. I don’t outline, but I do have everything planned in my mind. That plan changes quite a lot, but the main story stays the same.
Do you listen to music while you write and if so, what do you listen too?
ABSOLUTELY. I have a vast music library, and each of my books has its own playlist because each one has a different feel. Music is powerful, and words placed to music can change everything.
Which of your characters would you most like to meet in person? Which character of another author would you want to meet?
Of my characters, I would love to meet Spade from my first novel. Bane would be my pick from my second. He’s…delightfully strange. haha! From my third, I would LOVE to meet Elias. He’s by far the most complicated of my characters.
From other works, I would love to meet the Giver. I would also love to meet Haldir or Legolas from Lord of the Rings. Which of your stories/books/works do you consider the best?
That’s very hard to say because all of my stories are so different and wonderful in their own ways. Line of Kavanagh is a fun, action-packed adventure. Rhythm of Enchantment is a sappy, hilarious, romantic comedy. To Survive Divinity is definitely the darkest thing I’ve ever written. It’s probably the most profound thing I’ve ever written, too.
How much do you write each day/week?
It varries widely from day to day. Sometimes I’ll go three weeks without writing a word. Other times, I can’t stop, and I write 6,000 words in a day. It really just depends on how inspired I am at the moment.
What is your latest project/release?
That would be To Survive Divinity. It’s set in a far-flung future where the Cataclysm has destroyed life as we know it. Out of the ashes rose people with great power. Like the ancient Greek gods, they each control one thing: Luck, Love, Healing, etc. Seven hundred years have passed, and one city offers six women to the gods of War and Death every year. The women must complete the Disciplines, and no one really knows what that means. If they do, though, they are made Brides to the god to which they were offered. The story centers on Kaija, a woman offered to the god of War. Being offered is typically the honor of a lifetime, but to Kaija, it’s a prison sentence. She is not a believer. To her, the gods are simply men with power. She clings to a different faith, bringing with her an illegal copy of her “holy book.” To Survive Divinity is her story of survival and keeping her faith in the face of very real, manifest gods. I’m hoping to have it out by the beginning of 2016.
Do you have any signings or appearances coming up?
I will be in Atlanta, GA November 13th-15th at CONjuration, and I’ll be at Yamacon in Pigeon Forge, TN in December.
Who were your inspirations?
My former teacher Dr. Vada Bogart and my parents. They are both brilliant, and they have never failed to encourage me in chasing my dreams.
Favorite authors?
J.R.R. Tolkein, C.S. Lewis, Lois Lowery, and Harper Lee
What book do you read over and over the most?
Lord of the Rings
Is there a book or book series that you recommend to people?
I always tell people to read the Giver quartet. They’re short, little books, but they’re SO powerful.
How much of you is in your characters?
All of me. My characters ARE my stories.
If you could live the life of one of your characters, who would it be?
Probably Rory from Rhythm of Enchantment. She’s got the happiest life of all my female leads.
What genre do you prefer to write?  To read?
Anything fantasy, really. What are you working on now?
Two new novels (Rhythm and Divinity) and the sequel to my first book.
Is Writer’s Block ever a problem for you?  If so, how do you deal with it.
I think it’s a problem for all of us. For me, I just begin work on one of my other novels when I get blocked on one. That’s the handy trick about writing three at the same time.
What 3 things do you feel every aspiring writer should know?
I think they should know to let the professionals help, to not ever rush themselves, and most importantly, I feel they should know that they can do it. They can be an author.
What is your funniest/ awkward moment at a convention/signing event?
That would probably be the time that I forgot to set my alarm, and I woke up as the con was starting. It wasn’t my best start to a day. haha! I still managed to sell out that weekend and have a GREAT day.
How do you use social media in regards to your writing?
I use it as a way to promote and network with other authors in addition to just keeping my readers updated on my progress.
Do you read reviews of your books?  If so, have you ever engaged a reviewer over comments they’ve made?
I ALWAYS read the reviews. I have only reached out to one reviewer, and that was because they rated the book at four stars, but they didn’t say what needed improvement. I love hearing positive and negative feedback so that I can grow as an author, so I would have loved to have known what they thought needed work.
Thanks for taking some time for questions.
You can find M.N.’s book here:
Amazon.com