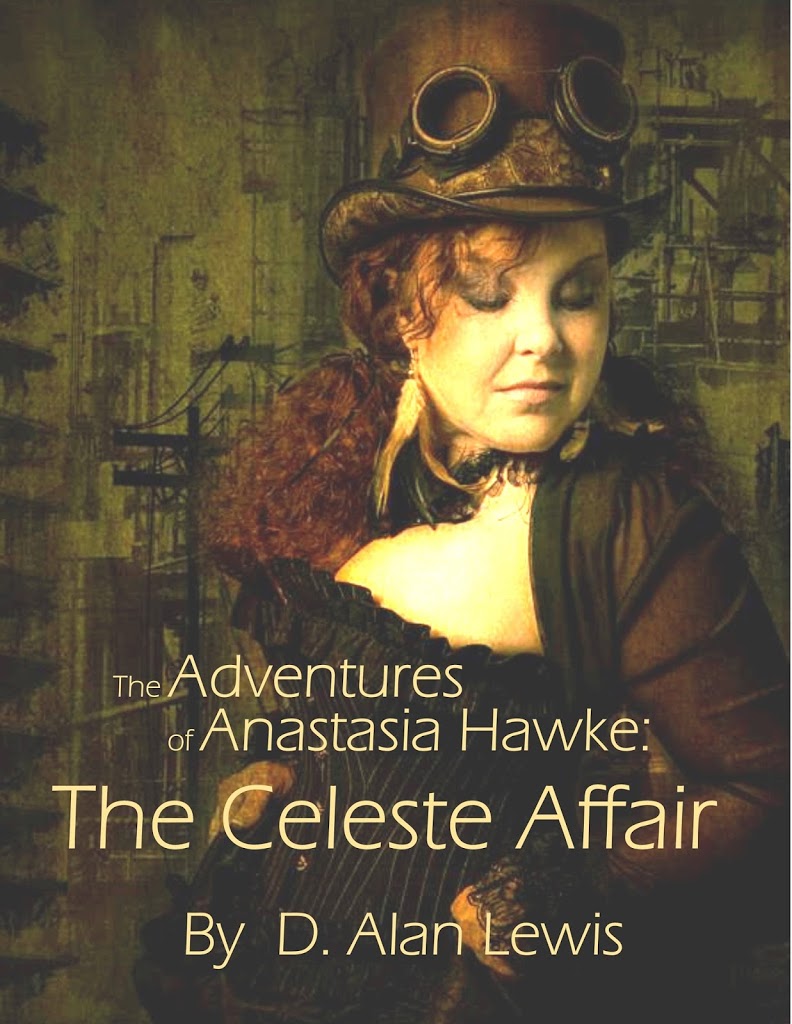 The Adventures of Anastasia Hawke: The Celeste Affair Celeste is an airship like no other, completely automated, incredibly powerful, and hell-bent on the destruction of Washington D.C. and the end of Abraham Lincoln’s presidency.
Anastasia Hawke, an agent for the newly formed Secret Service, and her young daughter are caught up in the chase to stop it. Enlisting the aid of the captain of the British Air Navy’s Flagship, they race across the Atlantic in a desperate attempt to prevent it from completing its function and prolonging the American Civil War.
But tensions rise between Anastasia and the Ship’s captain, Lucius Bishop as their personal lives collide. She is left to decide on the course of her and her daughter’s future while the future of America teeters in the balance.
The Celeste Affair was originally published in an abbreviated form in Dark Oak Press’s pirate anthology,  ‘A Tall Ship, A Star, and Plunder’. But now it is available in its full form. The story centers around Anastasia Hawke, mother of the Hawke Girls ( Jasmine and Thyme) from ‘The Lightning Bolts of Zeus’.
The Celeste Affair is the first in a series of shorts featuring Anastasia.
http://www.amazon.com/Adventures-Anastasia-Hawke-Celeste-Affair-ebook/dp/B00YGIAR5U/ref=sr_1_1?ie=UTF8&qid=1433328521&sr=8-1&keywords=celeste+affair