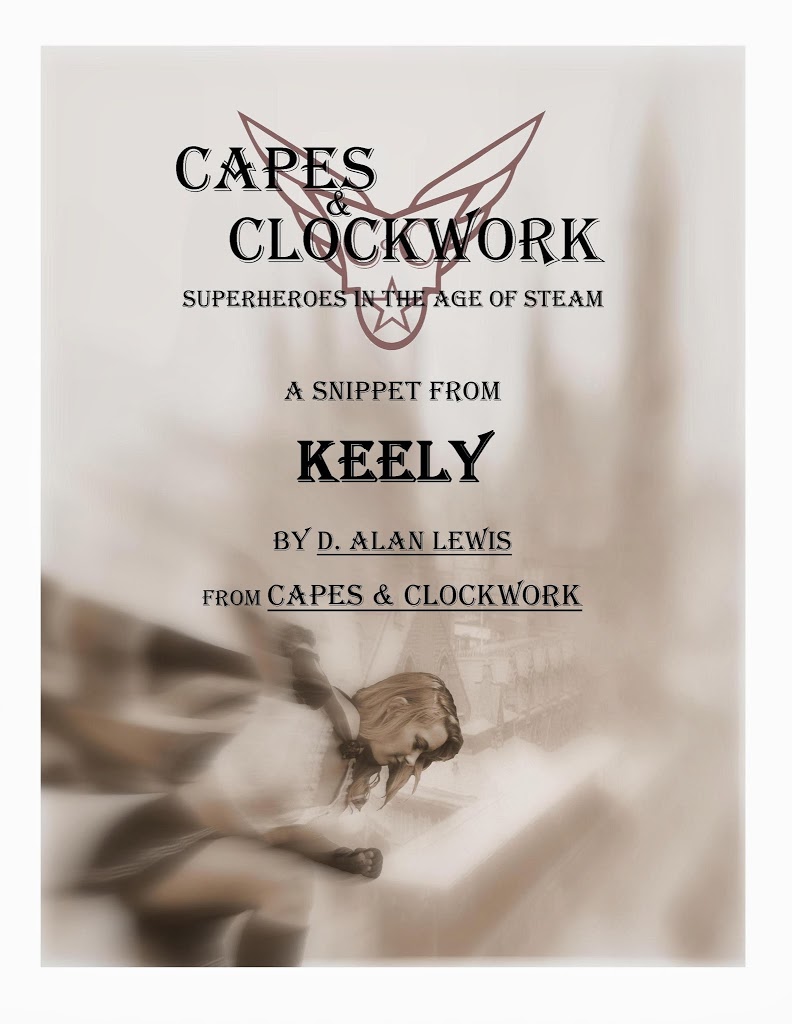 I thought I’d post a little section of my upcoming Steampunk story that will be in Dark Oak’s superhero/steampunk anthology, ‘Capes & Clockwork’.

She fell from the sky without fanfare or notice by the few inhabitances that still called this God-forsaken city home. I doubt that anyone, save the four of us, who stood near the impact point witnessed the event that was to change everything. Her youthful form dropped through the black fog that hung over the city and she hit with such force that cobblestones for a dozen feet around her went to powder.