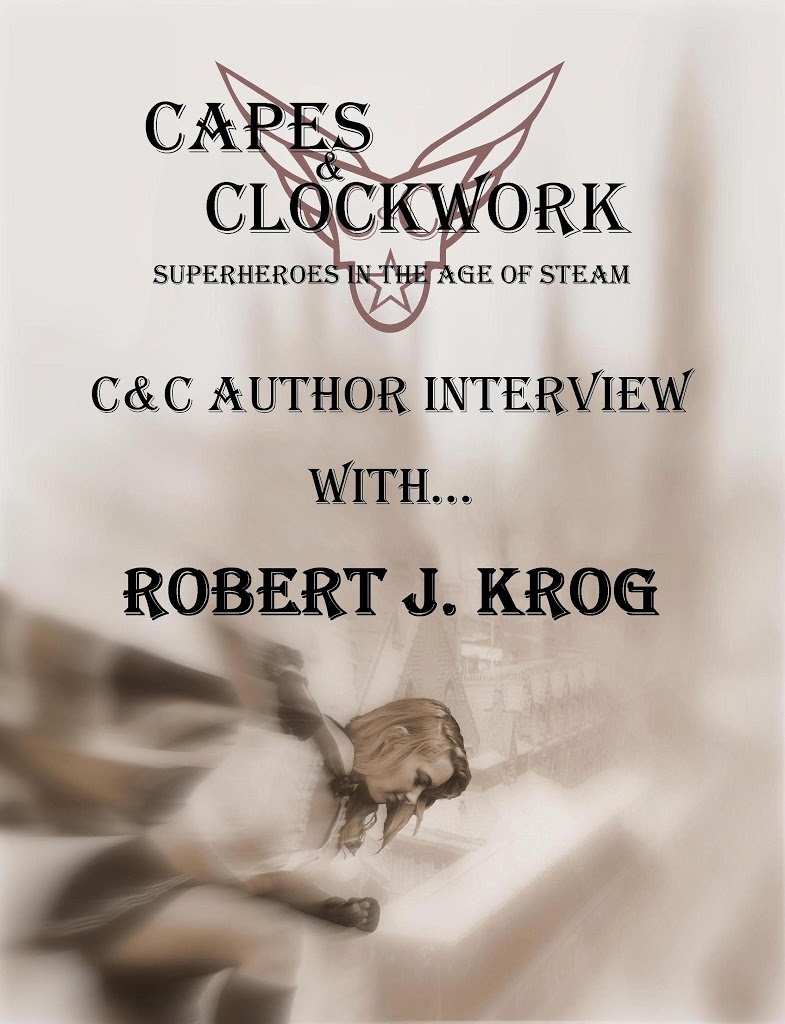 And now on the stage, right here for your reading pleasure is…. Robert J. Krog.
Robert J. Krog is the author of the collection, The Stone Maiden and Other Tales, and the novella, A Bag Full of Eyes.  He has numerous short stories in various publications.  He is a native of Memphis, TN, and probably the most over-educated and inappropriately educated lawn care spray tech you’re likely to meet.  He is a regular author guest at various conventions in and close to the midsouth. His website is:  www.krogfiction.yolasite.com Do you base your characters on people you know or know of?
I do, but not directly.  I don’t paint folks I know right into stories, but I do write characters of the same type in.  I’ll take a person with a particularly admirable or annoying characteristic, something fairly unique and put in a character with the same quirk.  I have taken particular incidents involving folks I know and reproduced the incident with a similar character, but I don’t generally try to make the character an exact reproduction of the person I know.  I’m actually pretty careful to avoid doing that.
Do you plot out your stories or just make it up as you go? I never do a full plot outline, but I do envision the stories from beginning to end in my head and usually stick to that.  A lot of details develop as I write.  The longer a story is, the more likely it is to have parts and twists that were made up as I went along.  The beginning and ending, though, usually are what I had in mind from the start.
Do you have a routine when you write?
I write best if I do something physical for a while first.  If I exercise, do some chores, just work with my body for a while doing something that leaves my mind mostly free to wander, the ideas come smoothly and then I sit down and write.  If I don’t immediately have the opportunity to sit at a keyboard and type, I jot down a few notes, at least, and then work them up later.  It works pretty well.  I don’t often come across a note, however long ago I made it and not know what I had in mind.  I do sometimes come across a note and find that I no longer think it is as interesting as I first thought.  It helps if I practice the discipline of making the most notes on projects I already have in the works.
What is your latest project/release?
My latest project is as an editor.  The Dark Oak Press anthology, A Tall Ship, A Star, and Plunder, is all stories of pirates from various genres.  It should be out later this year.
What book do you read over and over the most?
I reread the Lord of the Rings every year or so.
At what age did you start writing?
I started writing in the seventh grade.  I was 12 or 13 at the time and pretty terrible at it.  I was naïve enough not to realize that, so I didn’t stop, Jand so I improved.  Being terrible at first is pretty common.  Persevering is a bit less common, so I’m glad I was naïve enough to keep at it.  I did realize later, how bad my first work was.  I only realized it, though, because I had improved. What genre do you prefer to write?  To read?
I don’t limit myself to any particular genre in reading, though I avoid romance, graphic horror, and a few other types.  In writing, I tend naturally toward fantasy, but I make myself stretch in other directions purposefully.
Do you prefer writing short stories or novels?  And why?
I love writing both.  Short works are easier, of course, and that’s all I’ve actually completed and had published, so far.  Novels are harder, and I have several in the works, and have even completed rough drafts, but the final products are still incomplete.  Novels are more satisfying, because of the depth and complexity.  Short stories have the attraction of simplicity and pithiness. Where do your ideas come from?
My ideas come from all over.  Some are dreams.  Some are daydreams.  Some pop up from listening to the news.  Some from discussions with other fans of Science Fiction and Fantasy.  Like every other author, I also borrow ideas from other authors, and take them off on a tangent.  The last story in my collection, The Stone Maiden and Other Tales, Tell Me Your Dreams is a horror twist on the old Science Fiction story, The Cold Equations.  My Novella, A Bag Full of Eyes, was inspired from several different sources concerning seeing what other people had seen, such as the movie Wild, Wild West, and The Sandmancomic book.
What are you working on now?
I’m working on a novella or short novel titled Penultima.  It’s a post zombie apocalypse story, though zombies are not the point of it all.  It’s about right and wrong.  All good stories are actually about right and wrong.  J
﻿ Thanks for the chat. I’m looking forward to your upcoming works.